This Video is unable to play due to Privacy Settings.

Point of view Empathy, how to see the world through others’ eyes 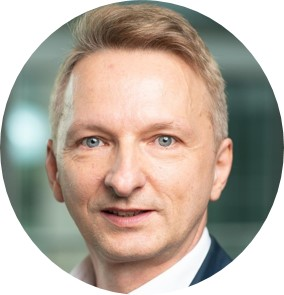 Only a decade or so ago, the concept of empathy was a distinctly alien one in the hard-nosed world of business, as I knew all too well from many years of zealously preaching its benefits as a psychiatrist working in the corporate arena. Not only was empathy not seen as relevant, but the view was that people were either naturally empathetic or effectively a lost cause; the idea of actually learning how to empathise to run a better business raised many a sceptical eyebrow.

How times change. These days the concept of empathy hogs a lot of limelight among the buzzwords of 21st-century corporate lingo, and rightly so. Just as counsellors and psychotherapists undergo targeted training in empathy skills to learn how to ‘meet clients where they are,’ see things from their perspective and thereby connect more effectively with them, so business leaders can benefit hugely from just the same idea regarding their workforce. It is all about becoming better at human interaction.

And yes, the good news is that it really is possible to learn to be a better empathiser. Empirical evidence shows that people who are not particularly inclined that way by nature make greater progress because of training than their more naturally empathetic peers.

So, what is it all about? In business training sessions around empathy, I often make use of the familiar ‘Gestalt switch’ images such as the old lady with a distinctive profile and fur stole who appears to other eyes as an elegant young woman turning her head. The message is a deceptively simple one: the world can look quite different from someone else’s perspective. Empathy involves trying to appreciate that perspective, while at the same time recognising that you can never walk in the other person’s shoes.

In the context of mental health, of course, effective, empathetic human interaction is a central plank in the framework of any support system – including corporate ones. Whoever they are talking to, people who are struggling mentally need to feel they are being properly listened to and not being judged.

To that end, there is a library of useful tools that can be employed. They include, for instance, the use of open gestures to show you are attentive, ensuring you listen rather than talk, and paraphrasing the essence of what the other person has said to reassure them that you are trying to understand their perspective. Conversely, research has shown that ‘why’ questions can come over as aggressive and confrontational, and there are other, more concerned, and supportive ways to rephrase the question empathetically.

The practical use of empathy as a valuable and easily harnessed tool to help stressed, anxious or depressed colleagues is the focus of the second module in our digital workplace mental health training course.

As well as providing guidance on how to spot the early warning signs that all is not well, and various techniques to improve empathetic listening skills, this module tackles the realities of responding to another person’s mental health challenges in the workplace.

Leave us your details and we will get back to you shortly.

Four ways to beef up your resilience to stress

How to deliver mental health support that effectively reaches, engages and works for everyone