Advancing your reward and benefits strategy in times of change

As a once-in-a-generation pandemic continues to drive change, our recent webinar looked at ways to advance your reward and benefits strategy to keep pace.

A year of pandemic has created several opportunities to reorder priorities and react to existing challenges in new ways. Most employers are talking about ‘building back better’, with Vodafone announcing plans to introduce new hybrid working models. Meanwhile other employers have said people can work from home, anywhere in the UK.

“Employees are reading these headlines and wondering how their own employer will react, meanwhile HR and benefits leaders are looking at their work-from-home policies and wondering if they’re fit for purpose,” said Guy Clarkson, Digital Growth Leader at Mercer Marsh Benefits.

“Musculoskeletal (MSK) issues are shooting through the roof, often because people aren’t sitting on appropriate chairs. In many cases, mental health issues, which have always been in the background, have also become worse,” he explains.

Jack Curzon, Darwin Consulting Director at Mercer Marsh Benefits, co-presenting the webinar, said there are many more opportunities to support people: “One of the most important things is how we interact with people during the moments that matter, such as important life events,” he explained. “An organisation with 1,500 employees will have 1,972 opportunities a year to make an impact. Due to a birth, death, divorce, mental health issue or financial fear.”

“We know the solution to improving mental health isn’t an EAP on its own,” agreed Guy.  “You need multiple solutions working together. Everyone is on a journey with their mental health. It’s about identifying where someone is and giving them resources to move them to a more positive place, instead of waiting until they get so stressed that they are unable to work.”

A second issue moving up the agenda, is how to prioritise diversity, equality and inclusion. A poll conducted during the webinar, showed just over a third of employers (33%) will start to focus on this area in the next 12 months. One in five (18%) have a plan in place and are at the early stage of implementing it. While the majority (41%) feel they have made good progress but have more to do. Just 4% said they had no plans in this area.

“It’s great that most people are on a journey but recognise they have more to do when it comes to diversity, equality and inclusion,” Jack observed. “One of the big problems is benefits that are fit for purpose. Take a really simple example. If you know a certain percentage of your workforce are practising a religion where they need to pray several times a day, where do you put that space?”

“You don’t want any benefits to be a gimmick. They have to be used,” says Guy. “Years ago, some employers that offered to freeze female employees’ eggs were met with a certain level of cynicism. A lot of employers are scared of doing the wrong thing. The feedback we’re getting is it’s better to try. Ask people what they want and gather as much data as you can. Don’t let fear be a reason not to start.”

“There is no one-size-fits-all benefits strategy,” explains Guy. “UK employers are increasingly saying: Here is some money, spend it on something that makes you well or just makes you happy – given the intrinsic link between happiness and health. That means if Jack wants to go horse riding and I want an online cookery course, we’re both being recognised as individuals.”

Jack agreed that you can’t assume the needs of people if you want to increase engagement, saying: “Look at how poorly utilised gym membership is. If you gave everyone £500 to spend on what they want, that would go a long way. This model might feel like an increase in costs, but if you're going through transformation, you can free up and reinvest funding.”

One HR professional attending the webinar asked why not just increase salary instead? “You want to drive better value from every pound spent on benefits, versus a pound added to salary,” responded Guy. “Even if the employee still spent the salary increase on their wellbeing, they would lose the engagement that comes from feeling like their employer is paying for this.”

Tapping into increased consumer demand for things like Netflix or Spotify subscriptions is a great way to create a high impact benefit, said Guy: “If I’m watching Netflix most evenings, the association that my employer is paying for this is there every evening also.” Other big consumer trends discussed included protecting or reimbursing people for losses from online scammers, plus electric cars, which tick the environment and financial wellbeing boxes and are very easy to implement.

“There’s also a lot of pent-up demand for holidays,” says Jack. “Employers understandably don’t want everyone taking off the same two weeks. But if people are losing ten days because of events outside of their control, it will leave a sore feeling. Lots of employers have had to make really hard decisions with furlough, but everyone is going to want some time off that isn't just sitting at home. It’s important to be as flexible as possible, potentially increasing carry-over limits or by allowing people to sell unused holiday.” 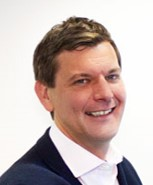 1. Results of audience poll during Mercer webinar: Advancing your reward and benefits strategy in times of change, 31 March 2021

Speak with a consultant

Are wellbeing communities the key to boosting engagement?

Shaping the benefits business case in the new world of work