Are wellbeing communities the key to boosting engagement?

At a time when people have never felt more physically separated, online wellbeing communities have the power to bring people together in a way that doesn’t just support wellbeing but reinforces employee engagement overall.

When you look at the tech on your phone that brings you back time and time again, it’s unsurprising that the principle of community is a common theme. Humans love to feel connected to one another and love having conversations with colleagues, friends and even strangers. So it’s unsurprising that where social networking sites led the way in creating online communities, wellbeing apps are now following suit.

When Mercer launched Ondo, a wellbeing app that acts as an internal network, connecting individuals not only to the perks and benefits their employer provides but also one another, it wasn’t long before the community element of the app became the star of the show.

Although the groups set up to enable people to connect with colleagues with similar wellbeing interests (such as running, cycling or hiking) still prevail, more recently people have also been using the app to connect with other home-schooling parents and setting up “pride” groups, in a way that’s driving diversity and inclusion. All of which has also been impacting positively on wellbeing, because if you feel isolated or alone, that can impact negatively on your social health, which can in turn start to impact negatively on your mental and even your physical health.

At the same time, managers and leaders have been using Ondo to recognise and praise individuals for their efforts, posting positive comments about work well done so that when they open the app, they get a ‘gold star’ moment that in turn inspires them to praise others.

The upshot is that at a time when just one in seven wellbeing initiatives is actually being used by employees2, 94% of individuals using Ondo are using the app on a weekly basis, in a way that’s not just boosting engagement with wellbeing initiatives, but also employee engagement overall. It’s been prompting customer feedback indicating that the tool has enabled staff to stay connected to one another during difficult times, providing a unique social platform for colleagues to support each other.

It is this focus on community that’s also so important when it comes to getting employees to engage with the mostly underutilised wellbeing initiatives that global employers spend billions on a year.

It’s all too easy to set wellbeing challenges, to walk or run certain distances, that only engage the already healthy and fit individuals within an organisation. They’re not the problem. It’s the people who want to get healthy and fit but who can also be easily intimidated by challenges like that who need to be engaged. This can be achieved by setting challenges that encourage them to simply get started or take a small step towards changing their behaviour in some way, be it by starting to exercise, planning a healthy meal or taking a proper break to have a virtual coffee with a colleague. By focusing on those things, as well as the physical challenges, you can create a more inclusive approach and a sense of everyone achieving together. The community element of apps like Ondo can reinforce this further by allowing people to post comments or photos about their progress, for others to like and praise.

If only a few people are engaging with your wellbeing initiatives, you won’t be able to generate any behaviour or cultural change and you certainly won’t be able to generate a return on your investment. This was highlighted by a recent poll we conducted, which found that just 11% of employers say more than one in five employees were using the wellbeing services they provide on a regular basis’. Unsurprisingly, just 13% of the same audience was able to say they saw a return on their investment1.

Although there are some progressive employers who would say that: ‘The results don’t matter, because it’s about doing the right thing,’ we can’t have a situation where caring employers continue to pour money into initiatives that many people don’t even know exist and aren’t motivated to use. It’s especially the case when the technology now exists for employees to promote their experiences of using what’s on offer to one another, be this by posting about the mindfulness workshop they’re planning to attend or a bit of banter about where they went for the ‘hidden gem’ challenge to find somewhere a bit special for their daily walk.

Not everything has to come from the top. When employees care about and want to support one another, and have the platforms needed to communicate with one another, they will naturally discuss the wellbeing initiatives on offer in way that’s fun and engaging enough to boost engagement overall. 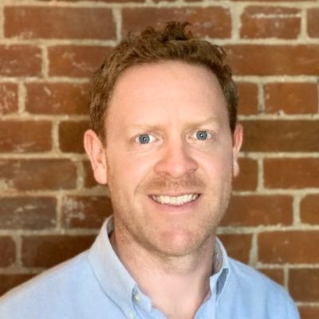 To request a demo or further information about Ondo, please provide your details below and a member of the team will be in touch.