Maria Johannessen, Partner and Corporate Consulting Leader in Mercer’s Wealth business, said: “August saw the largest monthly increase in the deficit in 2019, bringing it to highs unseen for nearly two years. Under-hedged schemes took the lion’s share of the deficit hit. The overall increase was largely driven by a reduction in corporate bond yields, which meant that liability values increased by over 3% in just one month.  As political uncertainty is likely to escalate, stakeholders need to take an active approach to monitoring the funding position and spotting opportunities to manage risks.”

Charles Cowling, Actuary at Mercer, added: “Following Prime Minister Boris Johnson’s decision to prorogue Parliament, a no-deal Brexit on 31 October looks increasingly likely. Facing a potential sterling crisis and a spike in inflation, trustees and sponsors would be wise to prepare for political volatility and very difficult financial markets. Combined with downward pressure on interest rates, as President Trump increases pressure on the Federal Reserve to cut rates far more aggressively, the months ahead could see serious implications on scheme finances and risk.

“Trustees will also be looking nervously at to see how employer covenants are affected by a no-deal Brexit. Against a very uncertain backdrop, trustees will have real challenges in making effective decisions. It’s important that they examine the risks they are taking and work through various scenarios to establish whether their schemes face material dangers. In particular, trustees should look at the investment risks they are running. Many schemes should consider putting in place pragmatic mitigating measures and investment de-risking at the earliest opportunity.”

Mercer’s data relates to about 50% of all UK pension scheme liabilities and analyses pension deficits calculated using the approach companies have to adopt for their corporate accounts. The data underlying the survey is refreshed as companies report their year-end accounts. Other measures are also relevant for trustees and employers considering their risk exposure. But data published by the Pensions Regulator and elsewhere tells a similar story.

Mercer delivers advice and technology-driven solutions that help organizations meet the health, wealth and career needs of a changing workforce. Mercer’s more than 25,000 employees are based in 44 countries and the firm operates in over 130 countries. Mercer is a business of Marsh & McLennan Companies (NYSE: MMC), the world’s leading professional services firm in the areas of risk, strategy and people with 76,000 colleagues and annualized revenue approaching $17 billion. Through its market-leading businesses including Marsh, Guy Carpenter and Oliver Wyman, Marsh & McLennan helps clients navigate an increasingly dynamic and complex environment. For more information, visit www.mercer.com. Follow Mercer on Twitter @Mercer. 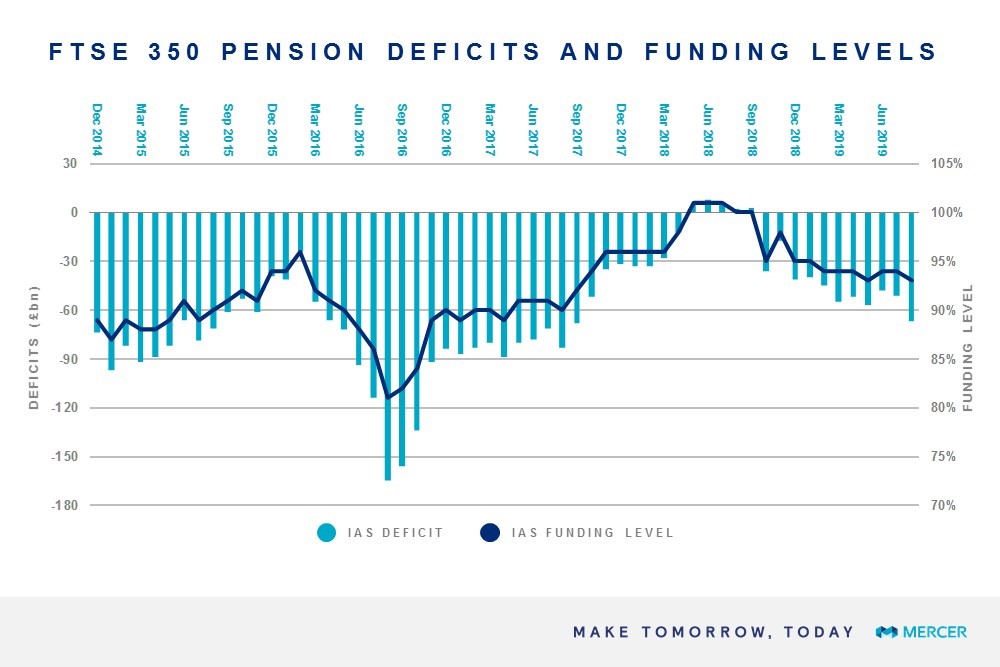 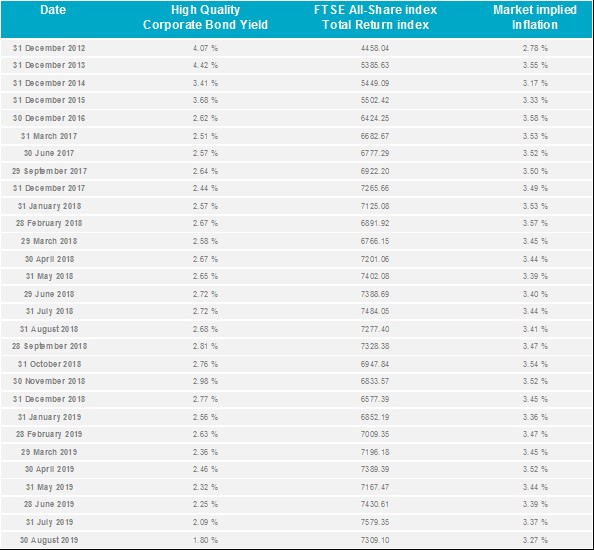