Maria Johannessen, Partner and Corporate Consulting Leader in Mercer’s Wealth business, said: “Looking at the month ends we have again seen a decline in the pension deficits for the UK’s largest listed companies. This was driven by falling liability and asset levels as corporate bond yields returned to the levels last seen in early August and inflation expectations fell. But again it was a volatile month, with the deficit ranging from £58bn to £24bn in the period. Schemes that had structures in place to actively monitor their risk position would have had opportunities to bank some of these gains.”

Charles Cowling, Actuary at Mercer, added: “The political turmoil in the UK is set to continue to cause nervousness and volatility in markets. Interest rates are at record lows around the world and could fall even further. With strong encouragement from President Trump, the US Federal Reserve recently cut interest rates for the third time this year. Moreover, the Bank of England has indicated that a hard Brexit outcome would see UK interest rates fall, potentially even as low as 0%.

“Trustees and pension schemes also face inflationary worries, and not just from Brexit inspired sterling weakness. The imminent consultation on the future of the Retail Prices Index (RPI) could result in its replacement with a Consumer Price Index (CPI) which could cause problems (and additional costs) for some pension schemes. The good news for trustees is that markets continue to hold up well, for now. Now is the time to be vigilant and check for every market opportunity to take pension risk off the table, possibly through the settlement of pension liabilities.”

Mercer’s data relates to about 50% of all UK pension scheme liabilities and analyses pension deficits calculated using the approach companies have to adopt for their corporate accounts. The data underlying the survey is refreshed as companies report their year-end accounts. Other measures are also relevant for trustees and employers considering their risk exposure. But data published by the Pensions Regulator and elsewhere tells a similar story.

Mercer delivers advice and technology-driven solutions that help organizations meet the health, wealth and career needs of a changing workforce. Mercer’s more than 25,000 employees are based in 44 countries and the firm operates in over 130 countries. Mercer is a business of Marsh & McLennan Companies (NYSE: MMC), the world’s leading professional services firm in the areas of risk, strategy and people with 76,000 colleagues and annualized revenue approaching $17 billion. Through its market-leading businesses including Marsh, Guy Carpenter and Oliver Wyman, Marsh & McLennan helps clients navigate an increasingly dynamic and complex environment. For more information, visit www.mercer.com. Follow Mercer on Twitter @Mercer. In the UK, Mercer Limited is authorised and regulated by the Financial Conduct Authority. 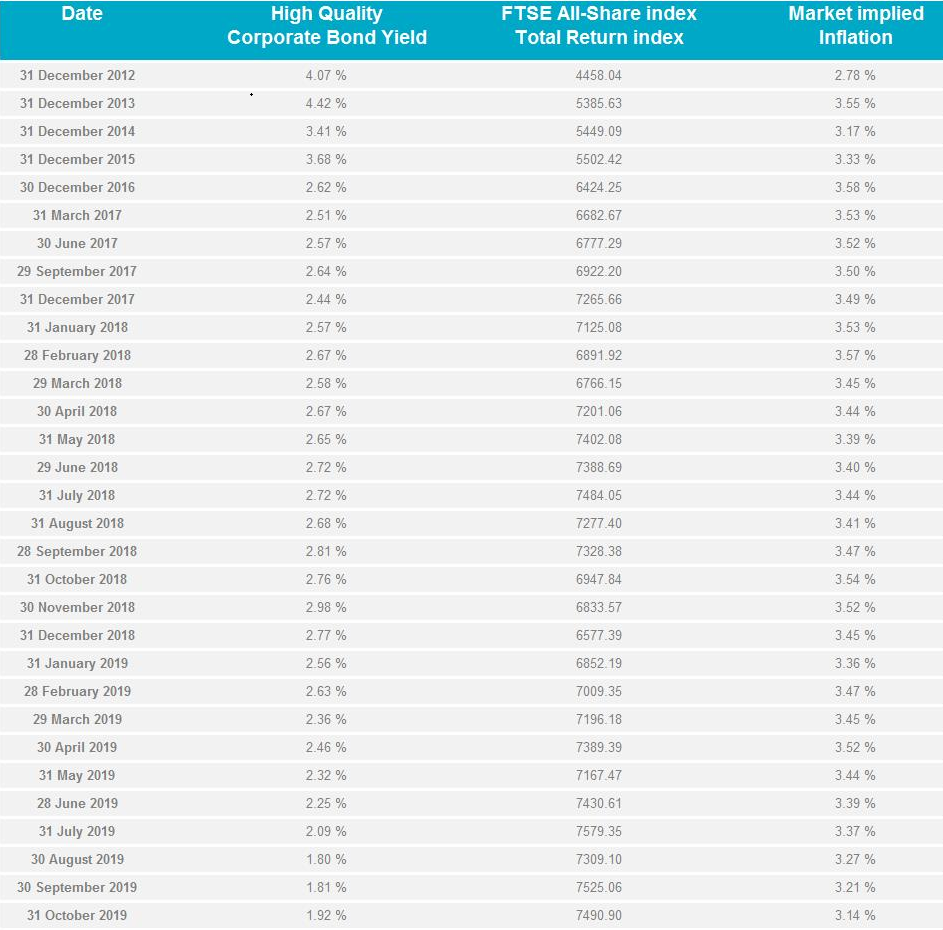