The Cable reforms of 2012 have kept Executive Pay in the UK stable (Figure 1) according Mercer’s response to the Business, Energy, Innovation and Skills (BEIS) Inquiry into Corporate Governance. The consultancy believes that further regulation is not the solution to addressing remaining concerns over executive pay. Mercer, which acquired the specialist executive pay consultancy Kepler in 2015, recommends that the Government and companies focus on three areas: improving corporate culture and promoting internal candidates and developing transparency throughout the investment chain.

BEIS has solicited views for its inquiry into corporate governance with a specific focus on executive pay, directors’ duties, and the composition of boardrooms, including worker representation and gender balance in executive positions.  In their response, Mercer data shows that the pay of most UK CEOs is now well matched with their performance (Figure 2) and that executive pay levels have remained broadly static since 2012.

According to Sophie Black, Partner in Mercer’s Executive Remuneration business, “Our methodology shows that pay for the majority of UK executives is fairly balanced between shareholders and management. This sweet spot - the Zone of Fair Pay - has come about due to the reforms implemented by Vince Cable in 2012 and the efforts of compensation and remuneration committees. There are undoubtedly instances where public concern over excessive pay is justified and we support government efforts to make a fairer society. However, there are many parts of UK plc paying their executives in a responsible and fair manner. It’s essential that this is recognized by all parties working on this issue.”

In their submission, Mercer outlines three areas for improvements:

Improve the supply of senior executives
Mercer believes that insufficient attention is given to developing internal successors to UK CEOs, to producing succession plans with real organisational weight; and developing the pipeline of future leaders with longer-term time horizons to CEO. Mercer’s analysis shows that internally promoted candidates provide stronger sustained company performance and have comparatively moderate levels of pay. Internally developed CEOs are paid 28% less on average so promoting from within can dampen high pay levels. Since 2006, says Mercer, FTSE100 companies with a single internally developed CEO (i.e. spent a minimum of 3 years at the company before being promoted to CEO) have provided a median 10.8% return p.a. to investors compared with median 8.1% p.a. for companies with a single externally hired CEO (i.e. became CEO in 6 months or less after joining the company).

Develop strong healthy corporate culture
Companies thrive when diversity in all its dimensions is encouraged, and dissenting voices have a space to be heard. The Government should make Boards accountable for developing and maintaining a strong healthy corporate culture, where difference is embraced and respectful challenge is encouraged. It should be the individual duty of executive and non-executive directors to cascade cultural change throughout the organization. This would be more effective than having a worker representative on the board.  As the route to executive positions are tied to having responsibility for “P&L” (profit and loss) and operational responsibility, organisations should ensure that women and minority groups are directed into and supported in these positions.

Increase transparency throughout the investment chain
To encourage shareholders to engage in the company voting process, institutional shareholders should be required to disclose how they vote at company AGMs and whether they use proxy advisers. This will help rebalance the influence from fund managers and investment managers to the ordinary saver or pensioner who will gain more oversight of the investments made with their money. More transparency in the investment process would encourage institutional shareholders to vote more actively on company policy, and be better held accountable by the ultimate owners of capital.

Mercer believes that shareholders should have a role in the nominations committee process to reduce the non-executive directors’ reliance on the patronage of the Chairman and the executive directors in those (few) cases where this may be seen to be an issue.

“It’s also incumbent on directors and senior executives to establish reasonable processes and objectives,” concluded Ms Black. “We believe that shareholders should have a greater role but we don’t think it is sufficient to rely on them. In most publicly listed companies shareholders will be quite removed from the company and can only be reactive.  They are not owners in the sense of the group of people that started the firm. For example, in some cases they only invest to match an index and are not interested in having an active interest in the company.”

Notes to Editors
A copy of Mercer’s submission is available on request. 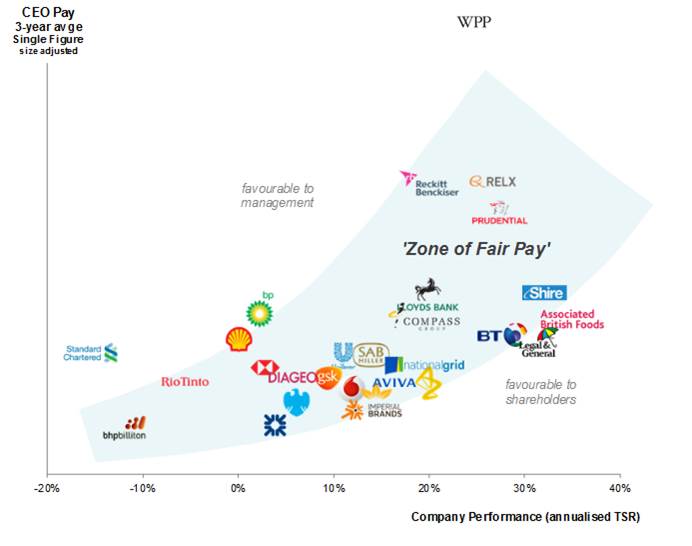 About Mercer
Mercer is a global consulting leader in talent, health, retirement and investments. Mercer helps clients around the world advance the health, wealth and careers of their most vital asset – their people. Mercer’s more than 20,000 employees are based in 43 countries and the firm operates in over 140 countries. Mercer is a wholly owned subsidiary of Marsh & McLennan Companies (NYSE: MMC), a global professional services firm offering clients advice and solutions in the areas of risk, strategy and people. With annual revenue of $13 billion and 60,000 colleagues worldwide, Marsh & McLennan Companies is also the parent company of Marsh, a leader in insurance broking and risk management; Guy Carpenter, a leader in providing risk and reinsurance intermediary services; and Oliver Wyman, a leader in management consulting. For more information, visit www.mercer.com. Follow Mercer on Twitter @Mercer. In the UK, Mercer Limited is authorised and regulated by the Financial Conduct Authority.